The great comedian and humanitarian Jerry Lewis appeared on ‘The Tonight Show Starring Johnny Carson’ in 1984. Jerry was nicknamed ‘The King of Comedy’ after entertaining crowds since 1946 when he teamed with singer Dean Martin. 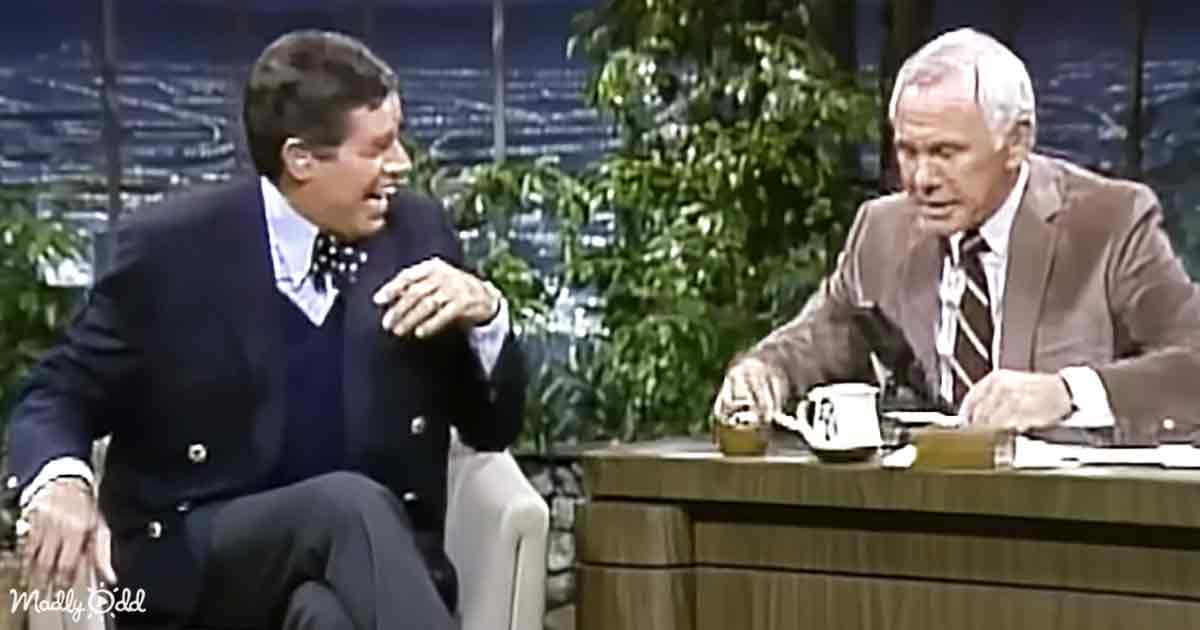 Jerry gets introduced by Johnny and comically trips onto the stage. He runs on with his hands flailing, and he speaks loudly with a high-pitched voice, and Johnny laughs. Johnny reminds him that he is a grown man and a grandfather, not a child, and Jerry laughs and agrees. 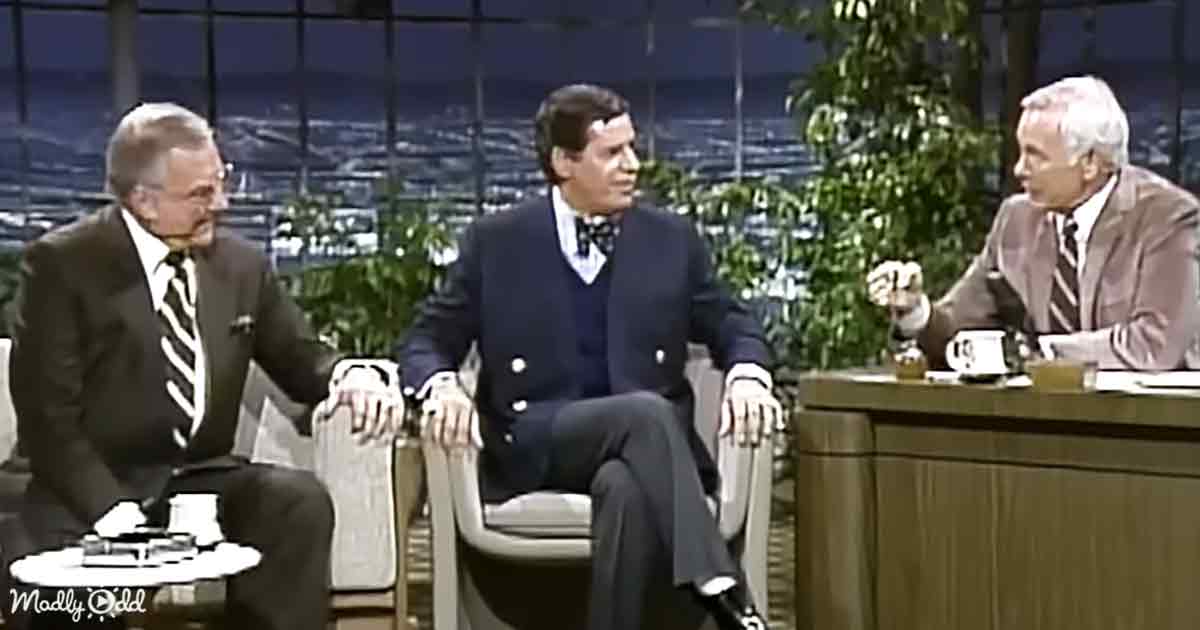 Johnny tries to get a question out, but Jerry interrupts him, takes two big straws from his desk, and puts them into his mouth to look like walrus teeth. He claps his hands together, and Johnny stares in disbelief while chuckling.

Johnny says, “This is the way it’s going to be?” Johnny jokes about how he gets paid to make fun of the guests and says, “Jesting is my life.” Jerry says, “And you’re doing very well. You moved me right off the front page.” 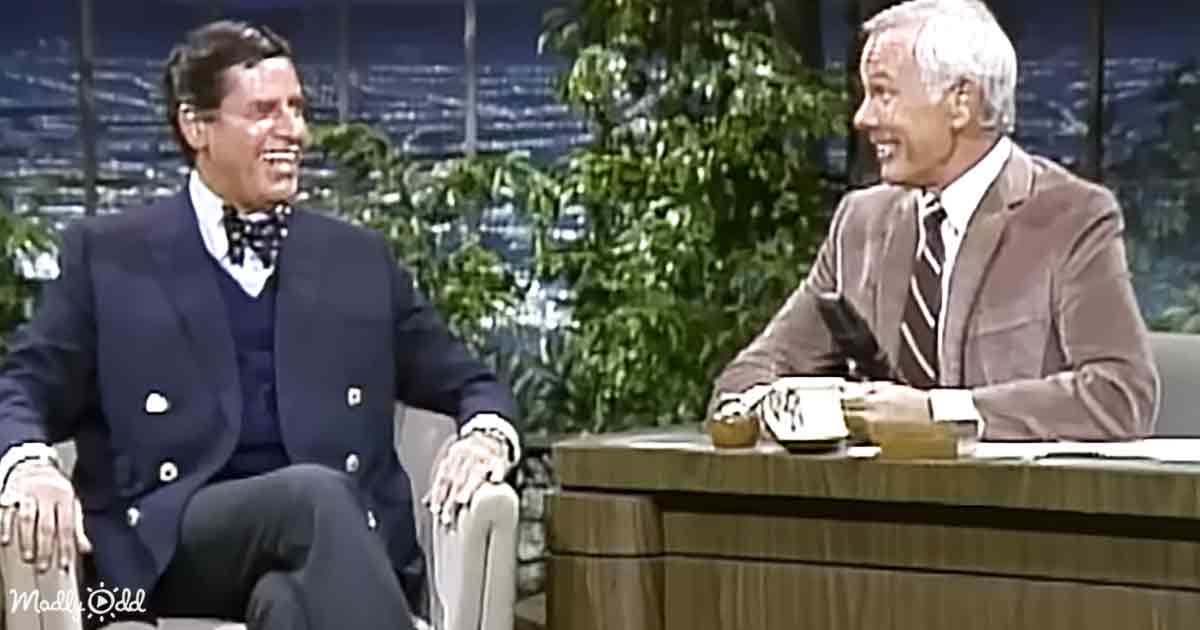 Johnny looks in shock and laughs. And says, “That was good,” admiring his joke. Jerry says, “I got a message for you from Sinatra. He sends a great thanks.” He says this sarcastically, and Johnny tries to respond with a question but stumbles over his words because of how distracted he is from Jerry’s comeback.

Jerry and Johnny together make for a great interview and amusing TV. Jerry Lewis did so much for the Muscular Dystrophy Association over the years. You can tell Johnny had tremendous respect and admiration for this comedy legend.